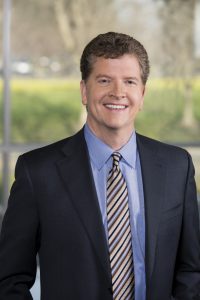 After leadership roles in Providence Health Plan, Jackson moved into medical group management. He served as chief operating officer of Providence Medical Group from 2006 to 2010 and was promoted to vice president of physician services at the system’s corporate office in 2011. From 2012-2015, he held the role of chief integration and transformation officer for Providence’s $2 billion California region.

In 2015, Jackson became president and CEO of the Oregon Health CO-OP, a nonprofit, consumer-oriented and operated health plan offering products and services to 20,000 individuals, and small and large employer groups.

“As the health care marketplace continues to experience unprecedented change, one of our long-term goals is to make it easier for employers, insurance brokers, health plans and others to access Sutter Health,” said Jeffrey Burnich, M.D., senior vice president of medical and market networks. “Phil brings an impressive blend of health plan, physician group and health system strategy leadership experience that will help Sutter Health grow and enhance our products and services.”

Posted on December 13, 2016 in People, News
Tweets by SutterHealth